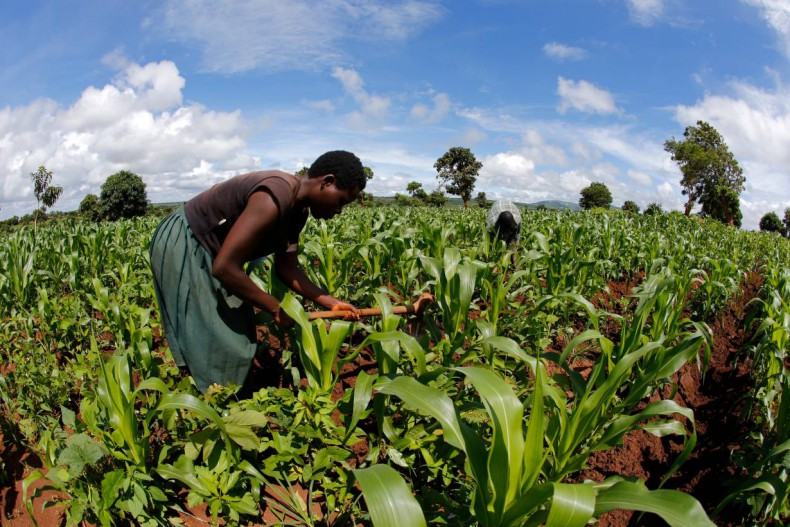 The Alliance for a Green Revolution in Africa (AGRA) is a dynamic, African-led partnership working across the African continent to help millions of smallholder farmers out of poverty. AGRA’s current Strategy (2017 – 2021) focuses on inclusive agricultural transformation in 11 key focus countries in western (Burkina Faso, Ghana, Mali, Nigeria), eastern (Ethiopia, Kenya, Rwanda, Tanzania, and Uganda), and southern (Malawi and Mozambique) Africa. AGRA’s mission, is to trigger an African-led Green Revolution based on smallholder farmers with the following two key goals to be achieved by 2020: i) double the incomes of at least 30 million farm households through productivity improvements and access to markets and finance; and ii) ensure all focus countries are on a pathway to attaining and sustaining agricultural transformations through sustainable agricultural productivity growth and access to markets and finance. To achieve these goals, AGRA works with African governments, international partners, private sector and public institutions to mobilize and muster the needed resources and political support.

The current AGRA Strategy (2017 – 2021) is predicated on lessons and experiences garnered over the first decade of its existence, 2006 – 2016.  During this inaugural strategic period, AGRA’s investments focused on developing the human and institutional capacity for agricultural research, support to developing new varieties of priority crops, and input production and distribution.  The human capacity development initiatives ranged from farmer training to PhD degree training programs in various AGRA-priority disciplines. Specifically, AGRA embarked on initiatives aimed at alleviating the human capital constraints to increasing crop productivity and profitability in Africa by training plant breeders and other plant scientists to develop new higher-yielding and stress-tolerant varieties that are locally adapted and have farmer-preferred traits. This was complemented by degree training in Soil Science, Seed Science, Agricultural and Applied Economics, and short-term training of seed industry personnel, research support staff, extension staff, and farmers. Over 1100 young personnel (40 percent women) received postgraduate (MSc and PhD) degree training on AGRA sponsorship and a greater share of them have since graduated and are helping develop solutions to smallholder farmer challenges in seeds, soils, and policy across Africa.

Through the provision of business development and support services, AGRA has supported the founding and growth of over 600 SMEs, helped develop agribusinesses who buy and process farmers’ produce, and trained 950 seed enterprise personnel from over 100 seed companies. Moreover, 260 laboratory and field technicians, 4,900 extension agents, 2,780 fertilizer inspectors and 100 seed companies have been equipped to do their work more efficiently, thus improving productivity. AGRA training programs have also helped to build the institutional capacity of 15 universities, national agricultural research institutes, and a few centers of the Consultative Group on International Agricultural Research (CGIAR) in 13 countries of sub-Sahara Africa. This entailed improvement of laboratories and irrigation infrastructure, establishment of breeding programs, and other works that have an impact on the quality of training even for non-AGRA sponsored students.

Notwithstanding these achievements, there are still numerous challenges with regard to low capacity for the last mile delivery of technology to farmers, low numbers of scientists in public and private sector as well as grantee capacity to implement some of the programs. Trained scientists in plant breeding constitute 40-50 percent of all active plant breeders in NARS of Rwanda, Malawi, Mozambique, Burkina Faso, Mali and Niger. The estimated number of plant breeders in the entire sub-Sahara Africa was less than 500 in 2006 (PASS Country Studies, 2006). The AGRA funded trained scientists to date resulted in doubling the number of scientists in the region. In addition, AGRA-trained scientists have released over 184 improved varieties of a wide range of crops including maize, rice, beans, cassava, groundnuts, finger millet, sorghum, and cowpea; 75 percent of these are already commercialized and grown by farmers in 13 countries.

In Kenya, for example, AGRA-funded research programs managed by AGRA-trained scientists resulted in the first new finger millet varieties developed and released in Africa. Similarly, the first truly African bred varieties of maize adapted to the Sahel were developed for Mali. The varieties are very early maturing and drought tolerant, enabling farmers to not only escape but withstand drought. The trained scientists are managing over 60 percent of the national plant breeding research in their respective countries, 10 percent of CGIAR breeding research, public agricultural research stations, while some are working with private African seed companies.

While progress has been impressive, the consolidated benefits accruing from the redeployment of the AGRA-trained graduates in their respective countries has not been captured in any systematic way. Therefore, the indicated progress does not give a holistic impact of AGRA’s training programs on the continent. There is need to trace and document the whereabouts of AGRA-trained personnel with details on what they are currently engaged in and the impact they are making on the continent. In addition, there is limited information on the maximum number of qualified, crop-dedicated scientists to develop the required technologies needed to trigger an African Green Revolution in the focus countries. Furthermore, lack of reliable and current statistics on qualified scientists at post and their age distribution to determine their remaining years of active service has led to inaccurate accounts of the magnitude of the capacity gap in the AGRA focus countries.

This study was commissioned by AGRA to determine and document the contribution of its training programs to developing human and institutional capacity of public agricultural research institutes in eleven African countries (Burkina Faso, Ethiopia, Ghana, Kenya, Malawi, Mali, Mozambique, Nigeria, Rwanda, Tanzania, and Uganda) based on the following objectives:

Identify available support structures that the scientists are working through and whether these provide the required facilitation towards the work of the scientists.

get update from
anywhere

don't miss out on the good news!